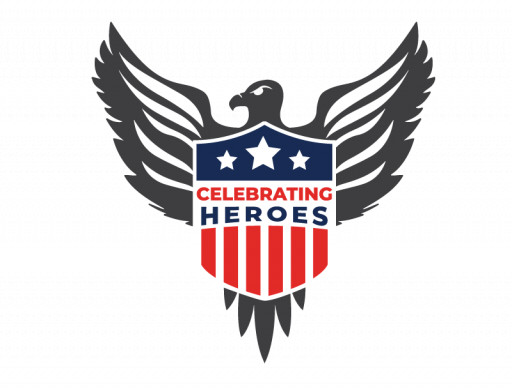 All ticket proceeds from the three-day festival go directly to Fallen Blue, a recognized 501(c)(3) nonprofit organization. Fallen Blue supports families of fallen officers who have made the ultimate sacrifice while serving and protecting their communities. Through nationwide grants, Fallen Blue works to ease the financial burden of families across the country because an officer's family should not have their grief compounded by financial problems. All administrative expenses of the charity are covered by the generosity of a founding donor, thereby allowing 100% of donations to be directed to Fallen Blue's mission.

"As a supporter of our country's law enforcement, first responders, and military, Staccato is honored to be a title sponsor of the 1st Annual Celebrating Heroes event," Staccato Chief Executive Officer Nathan Horvath said. "Celebrating Heroes is about bringing people together to recognize the duty, service, and honor of those who protect our freedoms every day. These values resonate deeply with our Staccato family, along with the communities of our fellow title sponsors: Nutrient Survival, PrairieFire, and AceXR."

Celebrating Heroes offers various experience-level ticket packages. The two-day Bronze Experience Package starts at $100 per individual or $250 for families. Guests interested in all-access, premier experiences may purchase Silver, Gold, and Platinum packages that include commemorative Fallen Blue pistols and the opportunity to be one of the first to experience Staccato's new pistol before it is released to the public. To purchase tickets, visit the Celebrating Heroes website at www.celebrating-heroes.com.

About Craig Morgan: A multi-faceted entertainer, Craig Morgan has made a name for himself as a country music icon, TV personality, celebrated outdoorsman and patriotic Army veteran. One of country music's best-loved artists, Morgan has charted over 25 songs on Billboard and thrills massive crowds with signature hits including "Bonfire," "Almost Home," "Redneck Yacht Club," "International Harvester," "This Ole Boy," "Soldier," "Wake Up Loving You," "That's What I Love About Sunday" and his faith-filled tribute to his son Jerry, "The Father, My Son and The Holy Ghost." His upcoming God, Family, Country (Deluxe Edition) album is due November 11, featuring the newly released track, "How You Make A Man."

Craig received one of country music's highest honors when he was inducted as a member of the Grand Ole Opry. Prior to becoming a country music star and TV sensation, Morgan spent seventeen years serving our country in the Army and Army Reserves. Morgan remains an avid supporter of America's military personnel and has made more than 16 overseas trips to perform for our troops. He is a member of the U.S. Field Artillery Hall of Fame and recipient of the USO Merit Award. In 2018 was awarded the Army's Outstanding Civilian Service Medal, one of the highest awards the Department of the Army can bestow upon a civilian, in recognition of his significant dedication to our military men and women around the world.

This year, Craig put his survival skills learned in the military to work in the new TV series, "Beyond The Edge" (CBS/Paramount+). Nine celebrities lived in the dangerous jungles of Panama, where they faced off in epic adventures and endured the most brutal conditions to raise money for their chosen charities. Craig competed for Operation Finally Home, which provides mortgage-free homes and home modifications to wounded, ill and injured military veterans, first responders, and their families in honor of their service and sacrifice to our country and community.

This fall, Craig released his gripping new memoir — God, Family, Country — in partnership with Blackstone Publishing. He details all aspects from his inspiring life, revealing never-before-heard stories including how he worked alongside the CIA as a soldier in Panama, fought sex traffickers as an undercover agent in Thailand, forged his own path to country music stardom, and lives his life by the deepest values: God, family, country.

Find tickets to see Craig on tour at craigmorgan.com and engage with Craig on YUDU by visiting YUDUsocial.com in addition to Facebook, Instagram, Twitterand TikTok.

Fallen Blue logo
Fallen Blue is a recognized 501(c)(3) nonprofit organization. Fallen Blue supports families of fallen officers who have made the ultimate sacrifice while serving and protecting their communities.