Vilcek Foundation Awards $600,000 in Prizes to Immigrant Scientists and Musicians 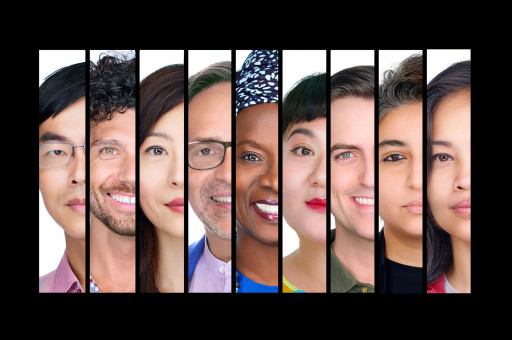 The Vilcek Foundation announces the recipients of the 2023 Vilcek Foundation Prizes. Awarded annually in the arts and sciences, the prizes recognize and celebrate immigrant contributions to the arts, culture, and society, and build awareness of how important immigration is for intellectual and cultural life in the United States.

The Vilcek Prize in Biomedical Science

The 2023 Vilcek Prize in Biomedical Science is awarded to Alejandro Sánchez Alvarado, executive director and chief scientific officer of the Stowers Institute for Medical Research, and a Howard Hughes Medical Institute investigator. Born in Caracas, Venezuela, Sánchez Alvarado receives the Vilcek Prize for his contributions to the field of regeneration—from the identification of genes that control regeneration in living organisms to the potential for regenerative medicine to revolutionize how we treat disease in humans.

"Alejandro Sánchez Alvarado has devoted his career to understanding the fundamental molecular and cellular bases of regeneration, from the specific genes responsible for regeneration to epigenetic regulators that compel the expression of these genes," said Vilcek Foundation Chairman and CEO Jan Vilcek. "Using a freshwater flatworm—an organism called Schmidtea mediterranea—as a powerful experimental tool to study the molecular mechanisms of tissue regeneration, he has pioneered and expanded the field of regeneration. His work has broad applications for our understanding of the pathology of degenerative disease."

The Vilcek Prize in Music

The Vilcek Foundation has made the decision to award two Vilcek Prizes in Music in 2023 to Du Yun and to Angélique Kidjo. Each will receive a cash award of $100,000 and a commemorative trophy.

"Music transcends language," said Vilcek Foundation Cofounder, Vice Chair, and Secretary Marica Vilcek. "It defies borders and boundaries, and has a unique power to resonate with people across cultures. Rhythm, melody, and harmony are critical parts of how we communicate with one another as humans." She continued, "With this year's prizes, we wanted to honor the range of impact that immigrants have on this expansive art form. As such, we made the decision to award two Vilcek Prizes in Music this year, to Du Yun and Angélique Kidjo."

Says Vilcek Foundation President Rick Kinsel, "The sheer scope of Du Yun and Angélique Kidjo's work defies any easy categorization. Du Yun's virtuosic range and arresting compositions expand the horizons of contemporary and classical music. Kidjo's resonant songwriting and engaging performances have captivated audiences globally, and introduced generations of audiences to Afropop, Afrobeat, and traditional West African music. These distinctions convey the breadth of music as an art form, as well as the broad impact immigrants have on culture and society."

Du Yun receives the Vilcek Prize in Music for her open approach to composition, which subverts the boundaries of traditional classical music by incorporating influences from punk, electronic, and experimental music, and for the virtuosity of her Pulitzer Prize-winning opera, Angel's Bone. Born in Shanghai, China, Du Yun began studying piano at the age of four and began attending the Preparatory Divisions of the Shanghai Conservatory of Music at age six. She came to the United States to pursue higher education in music, earning her bachelor's at Oberlin Conservatory and her Ph.D. in Music Composition at Harvard University. In 2001, Du Yun co-founded the International Contemporary Ensemble with the goal of advancing the genre of experimental music through collaborations, commissions, and performances.

Angélique Kidjo receives the Vilcek Prize in Music in recognition of her exceptional range as a singer-songwriter, and for her artistic leadership through her performances, albums, and collaborations. Born in Ouidah, Benin, Kidjo had her musical debut with the album Pretty in 1981. She rose to international fame in the 1990s with albums like Logozo, Ayé, and Fifa. In 1997, Kidjo immigrated to the United States, moving to Brooklyn, New York. Since then, she has continued to write, record, and tour extensively, while undertaking humanitarian work as an international Goodwill Ambassador for UNICEF and with the Batonga Foundation, which she founded in 2006.

The Vilcek Prizes for Creative Promise in Biomedical Science

The recipients of the 2023 Vilcek Prizes for Creative Promise in Biomedical Science are Edward Chouchani (b. Canada), Biyu J. He (b. China), and Shixin Liu (b. China).

Edward Chouchani receives the Vilcek Prize for Creative Promise in Biomedical Science for his work to decipher the molecular mechanisms that drive metabolic disease, with the aim of developing therapeutic interventions targeted at the molecular drivers of metabolism within cells.

Biyu J. He receives the Vilcek Prize for Creative Promise in Biomedical Science for her leadership in the field of cognitive neuroscience, and for her groundbreaking discoveries on the biological bases of perceptual cognition and subjective experience.

The Vilcek Prizes for Creative Promise in Music

The 2023 Vilcek Prizes for Creative Promise in Music are awarded to Arooj Aftab (b. Saudi Arabia, to Pakistani parents) Juan Pablo Contreras (b. Mexico), and Ruby Ibarra (b. the Philippines).

Arooj Aftab receives the Vilcek Prize for Creative Promise in Music for her evocative songs and compositions that incorporate a range of influences from semi-classical Pakistani music and Urdu poetry, to jazz harmonies and experimental music.

Juan Pablo Contreras receives the Vilcek Prize for Creative Promise in Music for his work as a composer and conductor of orchestral music that draws on his Mexican heritage, and for his leadership in founding the Orquesta Latino Mexicana.

Ruby Ibarra receives the Vilcek Prize for Creative Promise in Music for her hip-hop and spoken word performances that center her experience as a Filipina American woman, and for her powerful lyrics that address colonialism, immigration, colorism, and misogyny.

The Vilcek Foundation raises awareness of immigrant contributions in the United States and fosters appreciation for the arts and sciences. The foundation was established in 2000 by Jan and Marica Vilcek, immigrants from the former Czechoslovakia. The mission of the foundation was inspired by the couple's respective careers in biomedical science and art history. Since 2000, the foundation has awarded over $7 million in prizes to foreign-born individuals and has supported organizations with over $5.8 million in grants.

The Passport Index reveals that Despite Conflict in Europe and Global Border Anxieties, 99.5% of the World Experiences Growth in Global Mobility in 2022

PositiveSingles Raises HIV Awareness in Honor of World AIDS Day, Which Kicked Off the Month of December